Posted by Trademark Productions on March 25, 2020 under History 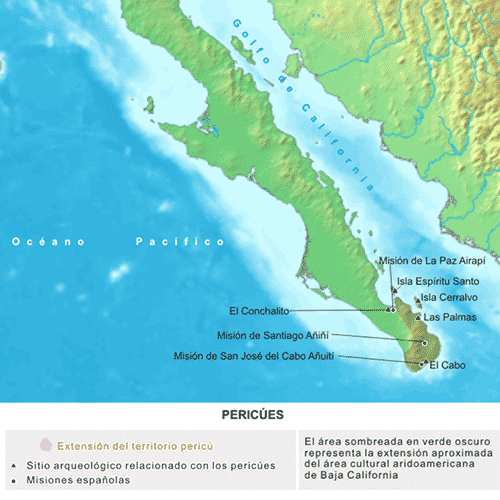 Valiant explorers aboard a majestic galleon and thrilling island adventures are elements for a hit Hollywood film. But for the tropical paradise that is Cabo San Lucas, these exciting events indeed took place hundreds of years ago. The picturesque town is steeped in history, which contributes to their rich culture and heritage.

Where is Cabo San Lucas? Looking Back at History

This tropical paradise is in the southern tip of the Baja Peninsula and is just within reach of the neighboring US and Canada. The azure waters of the Pacific Ocean on the west side and the Sea of Cortez on the east side surround this breathtaking town.

Cabo San Lucas was not always the premier destination that it is today. When the first European explorers step foot on its virgin beaches, they discovered the Pericue people, the island’s first inhabitants. They lived in the area for 10,000 years and survived with the bounty that nature has to offer. The Pericue people enjoyed the gifts of the sea and the provisions of the land. They dined on shellfish, hunted for game, and gathered seeds for sustenance.

The Europeans were successful in converting them to their faith and religious beliefs, thus making the indigenous group linguistically and culturally extinct. Not long after, explorers, pirates, and traders heard stories about a land filled with gold and mysterious treasures. They all sailed to Cabo San Lucas, led by the Spanish conquistador Hernan Cortes. No one found any treasure, but they discovered that this part of the Baja Peninsula is an excellent place to rest after a tedious voyage from Asia. It has become a popular starting point for their trip back home to Europe.

Hundreds of years after the European conquest, the Mexican-American war erupted. When the smoke has cleared, the Americans decided to let go of the Baja Peninsula, claiming that they do not need any more deserts under their wing. However, enterprising Californians and wealthy Hollywood stars transformed the city into a world-class vacation hub.

What is the Arch of Cabo San Lucas?

Presently, Cabo San Lucas is home to more luxury resorts and a diverse culinary scene. It has become the number one tourist destination, with a dazzling array of activities for all sorts of interests. From relaxing cruise ships to exhilarating nightlife, there is something to do for everyone from sun-up to sundown. Water sports and fishing enthusiasts will have a thrill of their lives with a wide array of equipment and competitions.

One of the most iconic landmarks of Cabo is The Arch or El Arco in Spanish. It is a natural rock formation that perfectly symbolizes the spectacular beauty of the area. It is a distinctive marker that separates the Pacific Ocean and the Gulf of California. This spot is a popular destination for local and foreign tourists not only for the breathtaking view but because of the sea lions that are a joy to watch.

Any bucket list should include an unforgettable trip to Cabo San Lucas. Whether you are a spring breaker, a retiree, or parents who want to give the family the time of their lives, Cabo will surely welcome you with open arms, and with great weather too!