Posted by Trademark Productions on October 7, 2020 under Cabo News, Cannabis 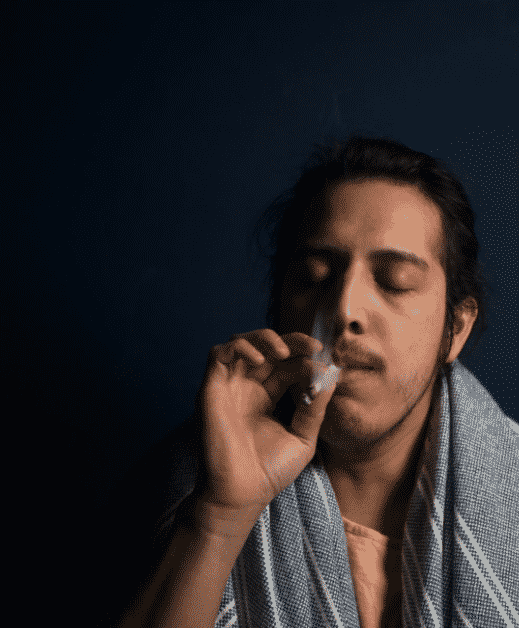 Many call us and ask:

Our advice? Don’t risk it, or you could be made into an example. Why?

As of October 2022 cannabis is still not officially legal in Mexico. The Mexican courts legalized cannabis and stated it is a human right over two years ago but a marketplace and laws (licenses for big growers and providers of the supply chain) have not been established.

[Updated 08/25/2022] New licenses for medicinal products have been assigned and will be used to produce medicinal products such as CBD oil. One hundred marijuana plants have been planted in the Cuautlixco ejido (communal land area), and the group plans to cultivate a total of 500 plants. More are planned in two other Morelos towns — Anenecuilco and Xalostoc

[Updated 08/10/2022] The Mexican Supreme Court of Justice ruled the production of cannabis with low THC content is now allowed in Mexico. This came from a legal dispute with Xebra Brands LTD, now allowing them to produce cannabis for medical and scientific markets with CBD and CBG (oils, beverages, creams, and tinctures). All products must contain less than 1% THC.

[Edited 12/04/21] The Supreme Court (SCJN) ruled that laws forbidding the use of marijuana are unconstitutional last fall. In September 2020, they gave lawmakers until December 15th of 2020 to draft new legislation for the recreational use of marijuana. The SCJN had an April deadline for legalization but extended it due to the COVID-19 pandemic. Mexico justice and legislative studies commissions will reconvene in the coming days to plot the path toward legalization.

So can I bring cannabis into Cabo?

3 years ago members of the Supreme Court of Justice realized that the federal law criminalizing the private use and cultivation of cannabis by adults was unconstitutional. Justices gave Mexican lawmakers until April 30, 2021, to enact legislation regulating the use of cannabis by adults. However, House and Senate lawmakers did not agree on a plan prior to the deadline.

Court Moves to Abolish Laws Prohibiting Personal Use of Marijuana

On Monday, June 28th, 2021, a majority of the Court mandated that officials with Mexico’s Health Department begin issuing permits to members of the public ages 18 and older who wish to either possess or grow personal use quantities of cannabis. Activities involving commercial activities remain illegal.

That may soon change this month according to Mexican lawmakers. A draft bill to legalize recreational cannabis in Mexico is being circulated in the Mexican Senate, and it may be passed as soon as December 15th.

How will you buy weed in Cabo?

How will this all work? We are waiting to find out. (we reported on this back in 2019)

Essentially so far Dutch-style cannabis cafes won’t be allowed. Private sales at regulated dispensaries and distribution centers will. We are hoping it will be easy for you to order online and have it delivered to your resort or villa.

This legislation hasn’t been formally introduced yet. Known revisions made by the Senate state it would legalize the possession and sale of up to 28 grams of cannabis by persons 18 years or older. This also includes the cultivation of up to six cannabis plants for personal.

After the Senate vote, the bill would need to be signed by President Andrés Manuel López Obrador before being made law who has already shown support for cannabis legalization.

Mexico’s large population and strong tourism will make them one of the biggest markets in the world for Cannabis. Another important factor is the social impact. No longer will a Mexican die or have legal issues because of their involvement with marijuana. Most businessmen in the cannabis industry and workers want to operate legally. New services like Cabo Weed, and direct-to-consumer delivery services are awaiting direction on how to do things correctly and legally. However, there is expressed fear as some are concerned that rules for both the medicinal and recreational sectors will favor big firms. Small-scale farmers and distributors want to join the legal sector of the cannabis opportunity in Cabo.

Opposition to Cannabis in Mexico

The civil rights group México Unido outlined its concerns about the current proposal in a Twitter thread on Tuesday, contending that as drafted it would allow select companies to monopolize the industry. They said that amending the measure should be “a matter of distributing the benefits of the market among those who have been most affected” by cannabis criminalization, according to a translation.

The legalization bill that’s set to advance this coming session was revised during a joint meeting of the Justice, Health, Legislative Studies, and Public Safety Committees in March.

The proposal would allow adults 18 and older to possess and cultivate marijuana for personal use. Individuals could grow up to 20 registered plants as long as the total yield doesn’t exceed 480 grams per year. Medical patients could apply to cultivate more than 20 plants, however.

Legal personal possession would be capped at 28 grams, but possession of up to 200 grams would be decriminalized.

Cannabis legal in Mexico – Current regulation in Mexico for cannabis doesn’t favor most of the ones wanting it. The cultivation of medicinal marijuana for personal use is prohibited under the proposed regulations.  This means smaller farmers need to go into business with pharmaceutical companies. This is because a smaller farmer doesn’t have the capacity to conduct cannabis product trials.

Mexico has many parents that want to use medical cannabis to treat disabilities, like autism. The current regulation does not help. There is a lack of social justice rights and the legal worry of home-grown weed, cultivation, and processing into oils are out of reach for many. On the flip side, in medical regulations state that medicine, even if made from cannabis needs to have safety, quality, and efficiencies to protect the public consumer.

December is fast approaching and is the traditionally busy holiday then Spring Break season in March. The pandemic hit Los Cabos hard financially and a new law legalizing marijuana in Mexico may help the region to recover more quicker.