Posted by Trademark Productions on October 12, 2019 under Cabo News 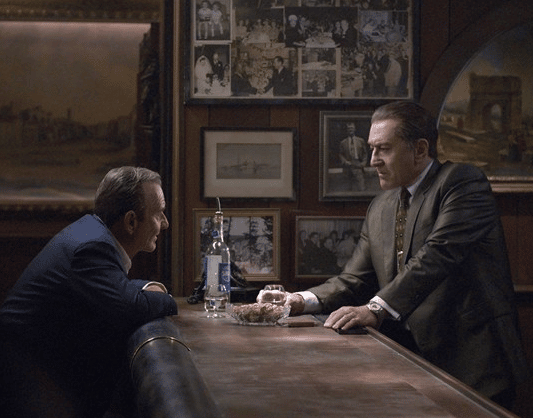 The Irishman Premiere in Los Cabos

Based on the book “I Heard You Paint Houses” by a proclaimed mob hitman Frank “the Irishman” Sheeran, the high anticipated more by master Martin Scorsese is set for Los Cabos’ opening night on Wednesday, November 13. This will be one of the few chances to watch it on the big screen before it goes to Netflix worldwide on November 27. The Los Cabos Film Festival will be the Latin American premiere of Scorsese’s latest, hailed as a true masterpiece after its world premiere at the New York Film Festival back in late September.

“I Heard You Paint Houses” tackles the life of war veteran and mobster Frank “the Irishman” Sheeran, including his relationship with labor union leader Jimmy Hoffa.

The Irishman Premiere in Los Cabos has what is arguably one of the greatest cast of the entire decade: Robert De Niro and Joe Pesci and now including the great Al Pacino was directed by Marty for the first time ever. Aside from that killer main trio of actors, we have Harvey Keitel, Anna Paquin, Ray Romano, Bobby Cannavale, Kathrine Narducci, Jesse Plemons, and Stephen Graham.

Los Cabos Film Fest representatives also confirmed that De Niro himself will be at the Mexican festival to present The Irishman. De Niro has visited Mexico to promote his restaurants, but never for a film festival, which makes this news particularly exciting.