Posted by Trademark Productions on September 20, 2019 under Cabo News 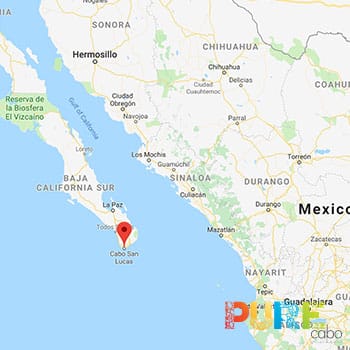 The US Department of State issued a new travel warning for the region of Los Cabos, Mexico. This includes the state capital of La Paz, San Jose del Cabo and Cabo San Lucas. So, how safe is Cabo?

There are no U.S. government restrictions for travel in Baja California Sur, which includes the tourist areas of Cabo San Lucas, San Jose del Cabo, and La Paz.

Criminal activity and violence, including homicide, remain an issue throughout the state. According to the Government of Mexico statistics, the state experienced an increase in homicide rates compared to the same period in 2016. While most of these homicides appeared to be targeted, criminal organization assassinations, turf battles between criminal groups have resulted in violent crime in areas frequented by U.S. citizens. Bystanders have been injured or killed in shooting incidents.

If you are coming to Los Cabos there are other more serious dangers you really need to be aware of:

The Sunshine in Cabo

It is impossible to stay indoors when you are on a vacation. And in a place like Cabo, you can’t miss the sun. However, we all know that too much sun can be harmful. The sun in Los Cabos is pretty strong and high in damaging UV rays. Stay hydrated (one drink one water is the rule) and limit the amount of sun you get based on your skin type.

• Staying in the shade as much as possible.
• Protecting skin with clothing.
• Applying sunscreen to protect skin from harmful rays.
• Wearing a hat preferably with at least 2-3 inches brim all around.
• Wear sunglasses to protect from UV rays.

Cabo’s atmosphere might make you believe anything goes here but be careful. The Mexican authorities do not tolerate excessive drinking and rowdy behavior. In Cabos, it is illegal to disturb the peaceful environment, litter, drink on the streets, or in public transports.

• Too much/ Hungover? Get a Hangover IV Drip detox in Cabo.
• Drink as much water and non-alcoholic beverages.
• Get plenty of rest.
• Take along a friend whenever going to a party or club to guarantee the safety of both.
• Never drink and drive.

Overindulging – Eating Too Much in Cabo

Vacations are often synonymous with overindulgence – whether it’s too much food, water, the sun, party, or even rest. This is why it is called a vacation. And when you are in Cabo – you are bound to overindulge in all the above. But when it’s over, it’s back to reality.
Cabo San Lucas offers variety in its cuisines and budget. Take your time, it’s a vacation, not an eating marathon.

• Packing a few healthy snacks with you.
• Eating plenty of fresh fruits and vegetables.
• Avoiding ordering the “fancy drinks” available at pool bars. Packed with calories!
• Taking in a run or heading to the hotel gym every morning before heading out to sightseeing.